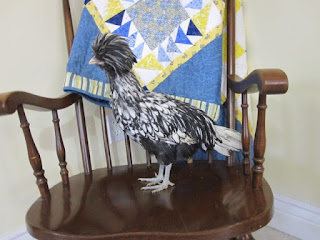 This is Lillian, named after my Grandma Buller.  (and she didn't turn into a rooster this time!)  She is one of the two Polish breeds I have.  Isn't she stunning!  Her crest is just magnificent. 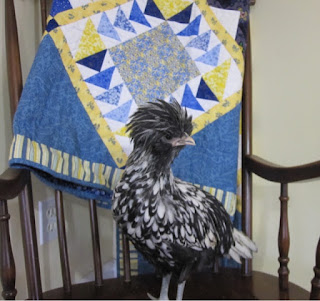 The Polish breed is surprisingly not from Poland.  It's origins are unclear but the breed we know today comes from the Netherlands.  Their domed skull produces their bouffant crest of feathers.  Sometimes the crest may need to be trimmed so the bird can see better. 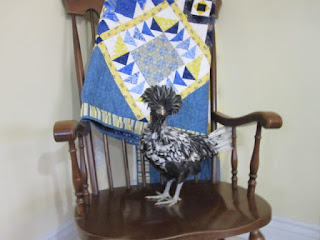 The laced feathers have a border around the edge of the feather .  The Polish is a very gentle breed not known for their egg production.  My goal is not so much egg production but to have an eclectic flock, which she makes a wonderful addition. 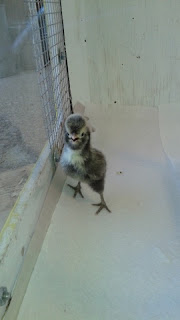 Here she is when she first arrived! You can tell the polish ones right off because of the unique fluff on the top of their heads. 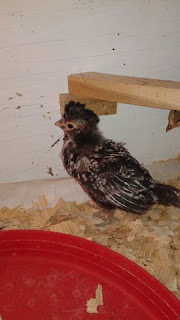 When her feathers started coming out you could see how pretty she was becoming.  She is definitely one of my prettier breeds.
Posted by Bobbi Buller at 4:00 PM