'The Leghorn breed hails from Italy.  The name may have originated because the first shipment came from the Italian port of Livorno, which is pronounced "leghorn" in English. 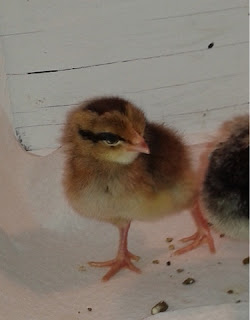 Her name is Yolanda. She is named after my mother.  She is the most skittish one out of the second group.  I have not held and picked up these ones like I did the first set. 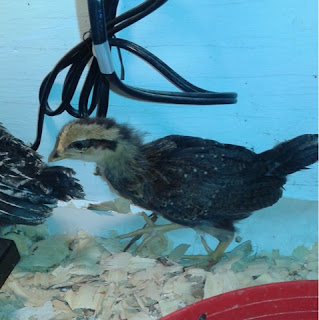 The second group have been staying in the smaller coop, the chicken tractor.  It was a big adjustment for them going from a warm brooder to the cold of winter.  But they are adapting well. The coop is parked in one of the stalls of the corn crib carport.  It does not get dragged around in the winter. 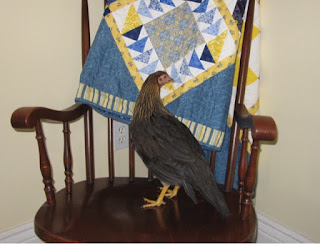 These girls will be 18 weeks old on January 23rd.  At that time they will be eating the same food as the first group, but they are still to small to put them all in one coop.  Plus in the cold weather they don't really adventure outside at all.  My plan is to have them "meet" sometime when they both are
outside free ranging.  That way the little ones have lots of space to run away if threatened. 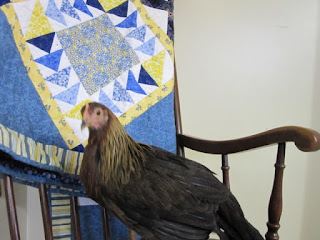 She will be my only white egg layer.  Which will make it very easy to monitor her egg production.  Unlike the brown egg layers which I will have four of them, I won't know who is laying the most, least or none out of that group.