They moved into their new coop.  They seemed to enjoy scratching around. I think they liked being able have water inside.

I don't have the fence up outside yet, but they didn't seem to interested in going out in the snow anyway.  They won't mind being cooped up in the coop for awhile!

Plus my automatic door for the chickens is not working.  Don't know what's going on with it but I spent a lot of money on it.  I've already sent one email to the manufacturer and no response yet.  I'll have to send another that's a little more direct.

We also moved the small coop into the corn crib carport.  I need to get it cleaned out for the group in the brooder to move in.  I'm going to make it a little more weather proof.  I want to put plastic on the run area to cut down on the wind and snow getting into it.

I'm so glad to have the big coop up and running. 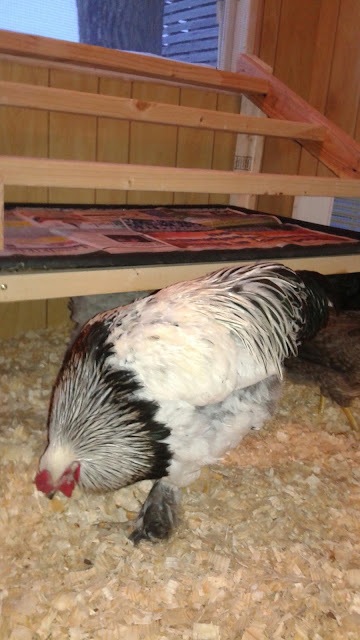 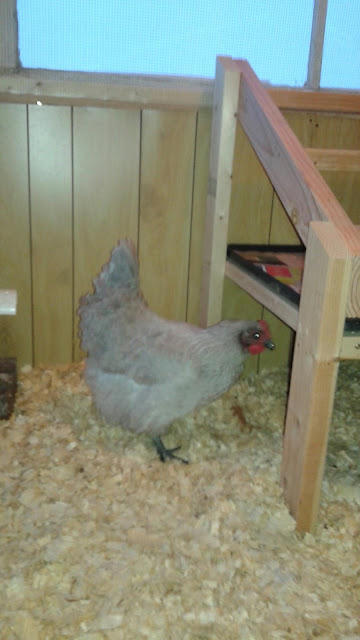 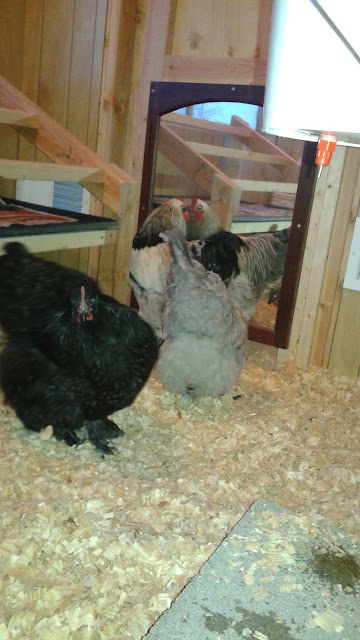 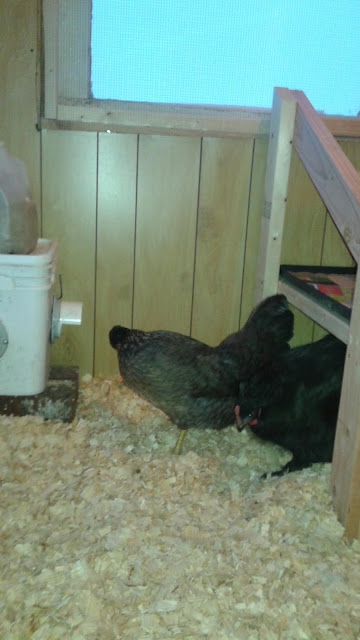 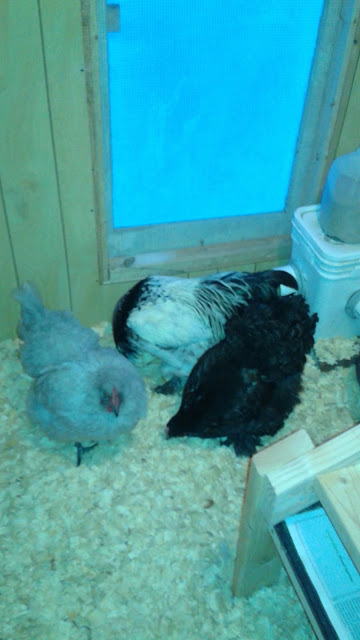 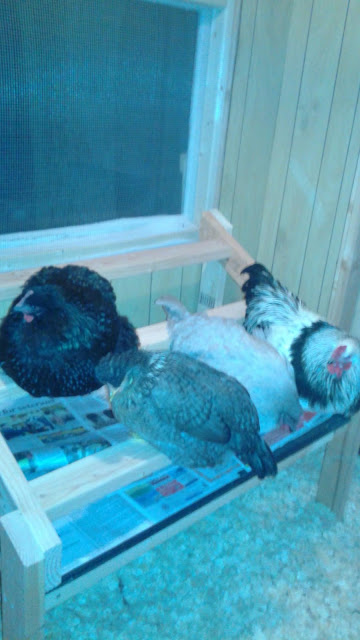