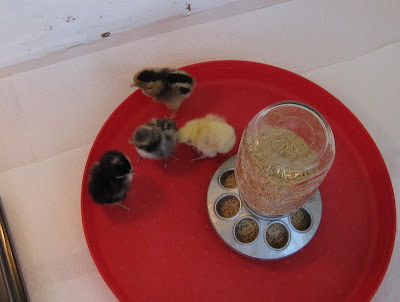 They arrived safely Tuesday on the afternoon truck to the post office.  My mother and family friend, Sondra, came up for a visit and we went to lunch downtown at the Lamplight Grill.  We went to the post office about 1pm and the clerk in back was just getting ready to dial my number to let me know the chicks had arrived!

We made a stop at Meijer so I could get some peanut oil.  My mother bought me a Whirley popcorn popper and I like to pop my corn in peanut oil.  When I got back to the car, mom already had one of the chicks out of the box, cuddled in a towel because the other chickens were pecking at it! LOL! Yes chickens peck at each other a lot! Bulling can be bad if a bunch are pecking on the same bird. You don't want any blood to show up because that would get worse and lead to cannibalism. 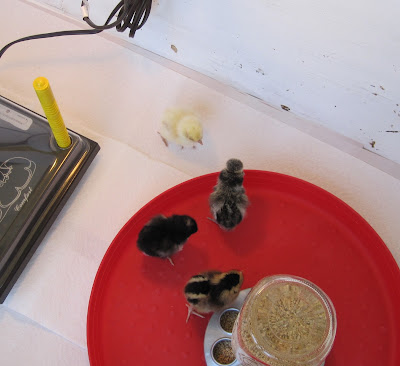 I'll point out which breeds the chicks are.  I posted previously about the breeds I had ordered. 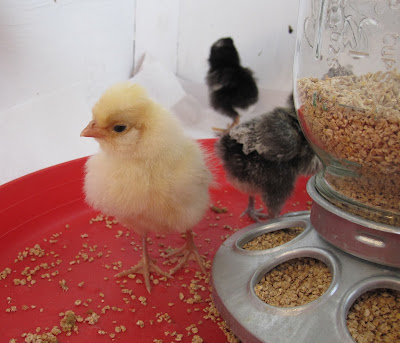 She will be the Buff Laced Polish. 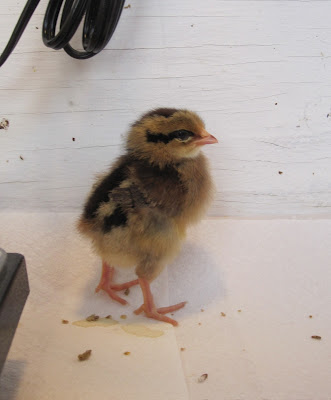 She will be the Light Brown Leghorn.  She will look very similar in coloring to Queen Ann.  The chick even has the same Cleopatra eyes! 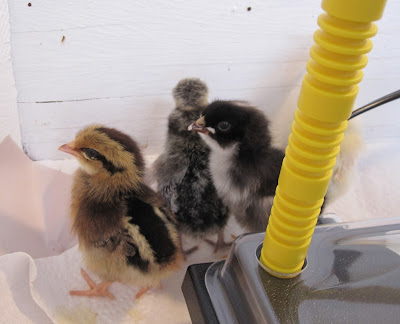 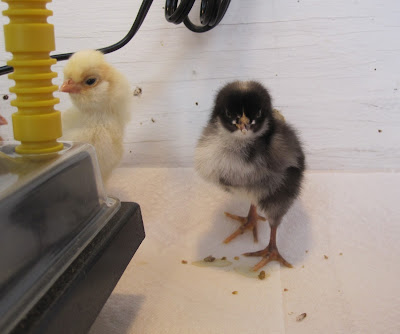 This will be the Silver Cuckoo Marans.  This chick reminds me so much of a penguin! 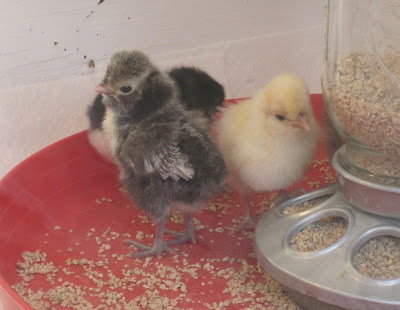 She is the Silver Laced Polish.  I love the extra tuft of fluff the polish breeds have on their heads, this will turn into their big crest of feathers. 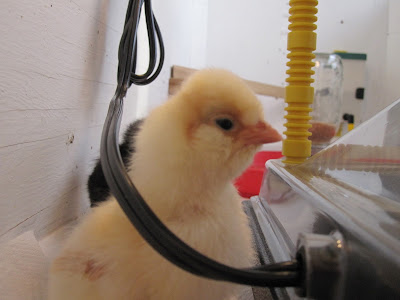 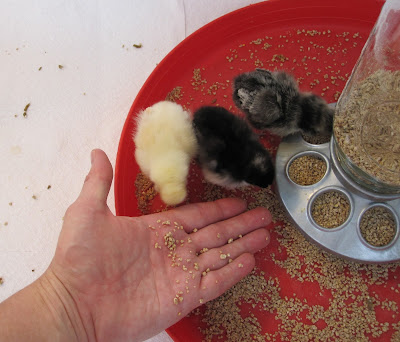 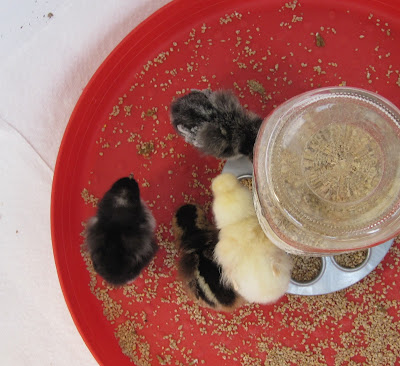 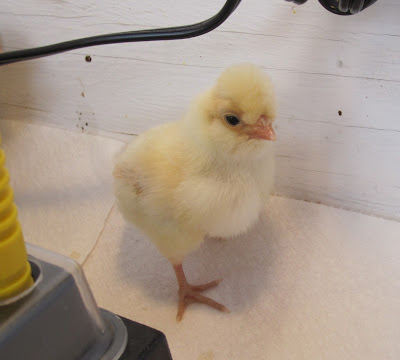 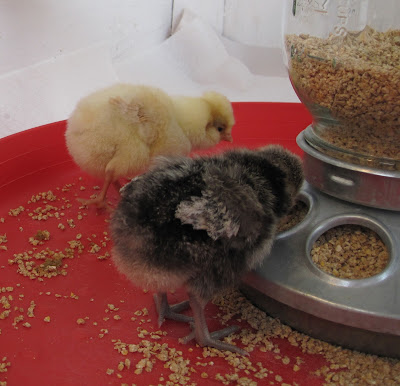 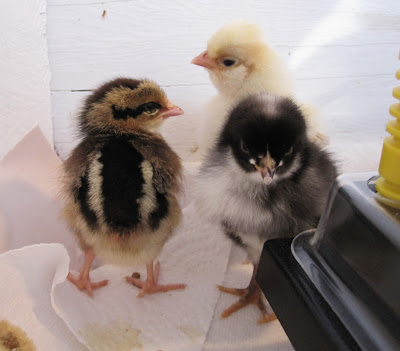 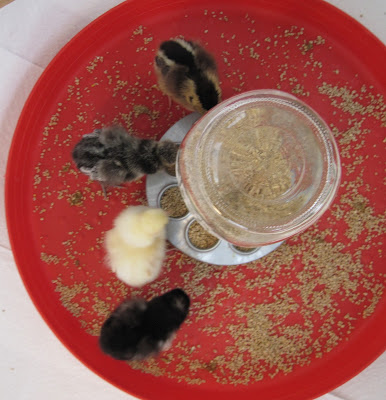 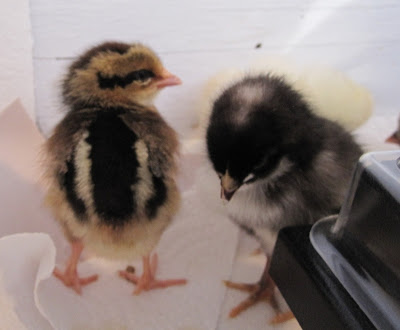 They are so much fun to watch.