....from the immortal words of Janet, Ms Jackson if your nasty!  I canned beets this weekend, and yes I was playing Janet and her bothers tune, Beat it, also! 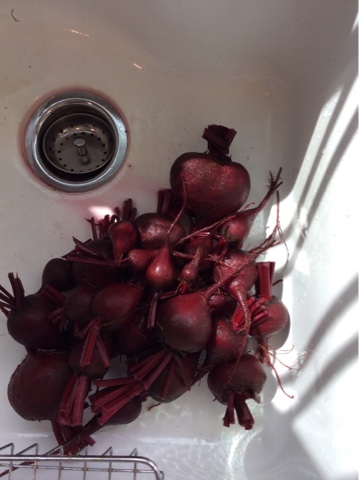 My Bulls Blood beets did very well.  I didn't think I would end up with much because I thought my soil was going to be too hard, but they turned out quite well. 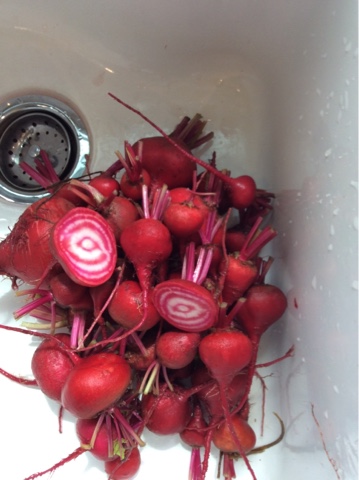 I was very excited that my Chioggia beet also did well.  These have red and white rings inside and they say the red does not bleed as bad as the all red variety.  However after they were done you don't really see the color variations anymore. 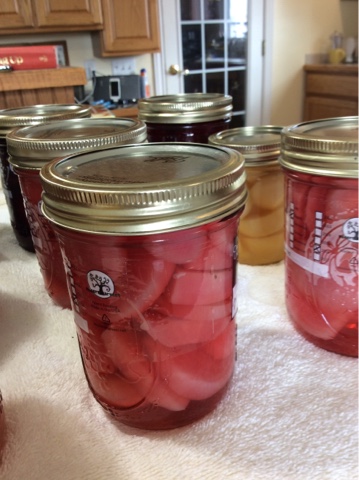 It will be interesting when I open the first one.  My Detroit Golden beets and Albino beets did produce. I got three Detriot Golden and one Albino!  So I put them together in a half pint jar! 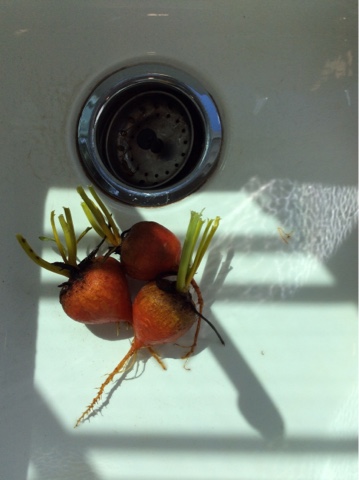 I used a shrink wrap label on the jars after they done.  I like how easy they were to use, plus they will come right off when you have emptied the contents.  I have to see if they carry half pint labels too. 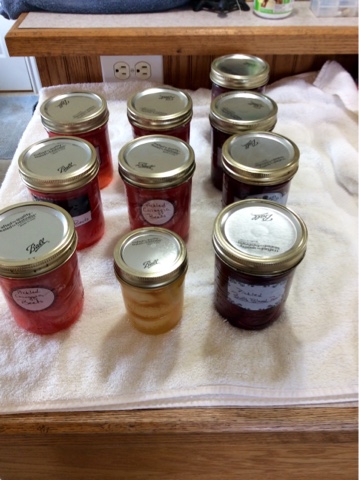 I'm so happy with how they turned out....now we'll see what they taste like in a few weeks.  That will be the true test!
Posted by Bobbi Buller at 9:03 PM